You cannot separate fools from their foolishness, even though you grind them like grain with mortar and pestle.  Proverbs 27:22

Ten years to transform our world

"The  Sustainable Development Goals  — our shared vision to end poverty, rescue the planet and build a peaceful world — are gaining global momentum. With just 10 years to go, an ambitious global effort is underway to deliver the 2030 promise—by mobilizing more governments, civil society, businesses and calling on all people to make the Global Goals their own."

To the faithful in Christ Jesus,
Welcome to

A Biblical Case for the Church to Remain Open

Christ, not Caesar,
Is Head of the Church

A Biblical Case for the Church’s Duty to Remain Open

Christ is Lord of all. He is the one true head of the church (Ephesians 1:22; 5:23; Colossians 1:18). He is also King of kings—sovereign over every earthly authority (1 Timothy 6:15; Revelation 17:14; 19:16). Grace Community Church has always stood immovably on those biblical principles. As His people, we are subject to His will and commands as revealed in Scripture.

Therefore we cannot and will not acquiesce to a government-imposed moratorium on our weekly congregational worship or other regular corporate gatherings. Compliance would be disobedience to our Lord’s clear commands.

what is a pastor's job?
what is his ministry?

The pastor’s job is a Word-based ministry. He uses God's Word preaching, teaching, and counseling.

Not pastors that function as a high priest, CEO, entrepreneur, or mega-church builder. But as a shepherd, a Good Shepherd who protects God’s people, feeds them from God's Word, and leads by example modeling godly character and true Christlikeness.  Acts 20:28

Who's to Blame for the Riots?

I'm mad as hell and I'm not taking it anymore

Black America is wrong to blame white racism for woes.

I know of no white person alive today in the United States who has ever legally owned a black slave, or any slave for that matter. Almost 700,000 mostly white men died 160 years ago to end slavery. Jim Crow ended generations ago. Yet black America, for the most part, is still locked in inner-city gang violence and economic hardship. Why?

Today’s generation (generally speaking) have No fear of God

Even if President Trump were reelected, we would still need men like Josh Hawley, Ben Crenshaw, and Tom Cotton to take control of the House and Senate.  There are not enough good men out there running for office.

Today’s generation (generally speaking) have No fear of God... Romans 3:18. They have bought into the lie that America was founded on the evil of slavery and is irredeemable.

What's happening to our nation?
Really want the answer? Are you sure?
It's not political or philosophical, rather theological. 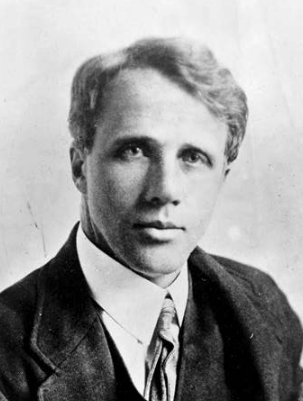 “Control healthcare and you control the people”

“Those who are the most moral are farthest from the problem.”

“In the beginning the organizer's first job is to create the issues or problems.”

“Action comes from keeping the heat on. No politician can sit on a hot issue if you make it hot enough.”

“The despair is there; now it’s up to us to go in and rub raw the sores of discontent, galvanize them for radical social change.”

"Ridicule is man's most potent weapon. There is no defense. It’s irrational. It’s infuriating. It also works as a key pressure point to force the enemy into concessions."

“It is a world not of angels but of angles, where men speak of moral principles but act on power principles; a world where we are always moral and our enemies always immoral;”

"If you push a negative hard and deep enough it will break through into its counter side. Violence from the other side can win the public to your side, because the public sympathizes with the underdog."

“The human spirit glows from that small inner light of doubt whether we are right, while those who believe with certainty that they possess the right are dark inside and darken the world outside with cruelty, pain, and injustice.”

"If you think you've got an inside track to absolute truth, you become doctrinaire, humorless and intellectually constipated. The greatest crimes in history have been perpetrated by such religious and political and racial fanatics."

“Pick the target, freeze it, personalize it, and polarize it. Cut off the support network and isolate the target from sympathy. Go after people and not institutions; people hurt faster than institutions. (This is cruel, but very effective. Direct, personalized criticism and ridicule works.)”

“Lest we forget at least an over-the-shoulder acknowledgment to the very first radical: from all our legends, mythology, and history (and who is to know where mythology leaves off and history begins — or which is which), the first radical known to man who rebelled against the establishment and did it so effectively that he at least won his own kingdom — Lucifer.”

Larry Taunton
Understanding What Is Happening in America

The Catastrophe of Fatherless America

Black women are more than 3-4 times more likely to have an abortion than white women according to the CDC.  2014-2018, families headed by a single parent was 75% among African American families, 58% among Hispanic families, 37% among white families, 21% among Asian families.

The DeVos Center for Religion and Civil Society, Heritage Foundation.

In New York City, where Planned Parenthood is headquartered, more black babies are aborted than are born alive (1,180 abortions for every 1,000 live births).

Madness, Marxism, and the Modern Age: Conversation with Douglas Murray

"What does the Bible say about racism?"

The first thing to understand is that there is only one race—the human race. Caucasians, Africans, Asians, Indians, Arabs, and Jews are not different races, but rather different ethnicities of the human race.  All human beings are equally created in the image and likeness of God.   Genesis 1:26-27   Period.

Hell is Real and Forever.

Those who reject God's gift of eternal life will not know peace, and will not be judged by the opinion which they held of themselves― no matter what they may think.

Heaven is Real and Forever.

Those who accept God's gift of eternal life will know His peace and will not be judged, rather will be with the Lord forever― no matter what others may think.

what is the best argument for the existence of God?

The Creation - Evolution Debate?
It"s over. We won, and we won big!

We hold that in light of the discoveries of the last 30 years the existence of the Biblical God is now a stark, objective reality, rationally and factually provable beyond a reasonable doubt to a rational person.

We hold that Today is the Day of Salvation. You cannot count on tomorrow, and your opinion of yourself in that day will not matter; only your personal relationship with God by grace and grace alone, through faith in God's Son Jesus Christ as your Savior and Lord.

We hold that the most reasonable, rational, logical course of action is to believe on the Lord Jesus Christ today, not tomorrow.

Behold, now is the favorable time; behold, now is the day of salvation. We put no obstacle in anyone’s way, so that no fault may be found with our ministry, but as servants of God we commend ourselves in every way: by great endurance, in afflictions, hardships, calamities, beatings, imprisonments, riots, labors, sleepless nights, hunger; by purity, knowledge, patience, kindness, the Holy Spirit, genuine love; by truthful speech, and the power of God; with the weapons of righteousness for the right hand and for the left; through honor and dishonor, through slander and praise. We are treated as impostors, and yet are true; as unknown, and yet well known; past dying, and behold, we live; as punished, and yet not killed; as sorrowful, yet always rejoicing; as poor, yet making many rich; as having nothing, yet possessing everything.  II Corinthians 6:4-10

This tiny spot of the universe, speckled with 10,000 or so galaxies, is called the Hubble Ultra Deep Field. The angle of view is so small, its like holding a dime at arm’s length looking up at the night sky. The heavens declare the glory of God; the skies proclaim the work of His hands.  Psalm 19:1

The discoveries of the last 30 years are now insurmountable for the skeptical materialist. The only escape for an atheist or agnostic is to suppress or reject the painfully obvious truth.

Today, stand-up comedian jokes and late night talk show host monologues fuel the logical fallacies behind the ad hominem attacks on the logical basis for the existence of God.