There Is No God

The origin of information 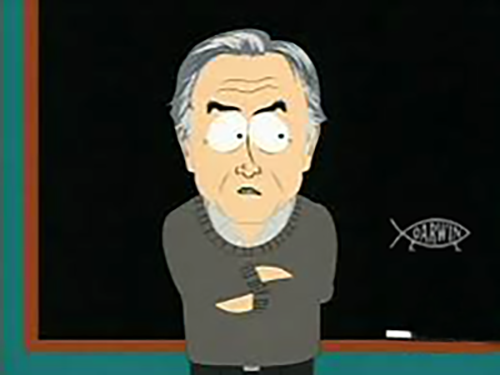 There is no God!
And I hate Him!

The Mathematics of Origin

Information: A product of intelligence. No mindless undirected material process can hope to explain it. It does explain how "Junk DNA" became one of the greatest blunders in all of science; Pure Bias. Such self-destructive lies collapse under their own weight when examined honestly.

E=MC2  means energy is equal to the mass of a body multiplied by the speed of light squared. Light has both energy and mass. Light is a source of gravitational fields. Information has no weight, mass, or energy.

“The probability of life originating at random is so utterly minuscule as to make it absurd.”
Sir Fred Hoyle,  Physicist

Astronomers and Physicists Fred Hoyle and Chandra Wickramasinghe in their  Evolution From Space   calculated the chance of getting all enzymes needed for a cell at 1 in 1040,000   “an outrageously small probability that could not be faced even if the whole universe consisted of organic soup” (p. 24).

Life is based on information, not simply interaction of matter and energy in some natural prebiotic process of spontaneous generation. If so, the venerable principle of biogenesis would have been falsified. If, origin of life was a natural process under prebiotic conditions, then why in billion-dollar facilities with meticulously controlled procedures, with the finest scientific minds studying  transmission genetics and all the mechanisms of inheritance, along with cytologic techniques in trying to understand the machinery and processes of cellular reproduction, can't we crack the problem? Because is wasn't natural?

Information requires a language, with secure storage, retrieval, transmission, with error detection and correction systems. Information is a product of intelligence, which only comes from intelligent beings. The more complex the information, the more intelligent and capable the being. Life is exceedingly complex. Could it be, that life didn't evolve? Rather life actually came from... well, God?  Sure looks like it doesn't it?

How much clearer could God have possibly said it?

For the wrath of God is revealed from heaven against all ungodliness and unrighteousness of men, who suppress the truth in unrighteousness, because what may be known of God is manifest in them, for God has shown it to them. For since the creation of the world His invisible attributes are clearly seen, being understood by the things that are made, even His eternal power and Godhead, so that they are without excuse, because, although they knew God, they did not glorify Him as God, nor were thankful, but became futile in their thoughts, and their foolish hearts were darkened. Professing to be wise, they became fools, and changed the glory of the incorruptible God into an image made like corruptible man, and birds and four-footed animals and creeping things.  Romans 1:18-23

The New Atheism is dead. It was conceptually dead at birth, but now it has stopped twitching.

Creator of Heaven and Earth

Our faith is not irrational. Jesus will stand the inspection of any scientist, mathematician or intellectual in the world.

Dr. James M. Tour, a synthetic organic chemist, received his Bachelor of Science degree in chemistry from Syracuse University, his Ph.D.  synthetic organic and organometallic chemistry from Purdue University, and postdoctoral in synthetic organic chemistry at the University of Wisconsin and Stanford University. After serving on the faculty of the Department of Chemistry and Biochemistry at the University of South Carolina, he joined the Center for Nanoscale Science and Technology at Rice University where he is presently the T. T. and W. F. Chao Professor of Chemistry, Professor of Computer Science, Professor of Materials Science and NanoEngineering. Tour has over 650 research publications and over 120 patents, with an H-index = 136 (107 by ISI Web of Science) and i10 index = 605 with total citations over 87,000 (Google Scholar). He was inducted into the National Academy of Inventors. Tour was named among "The 50 Most Influential Scientists in the World Today" by The Best Schools.org; listed in "The World's Best Minds" by Thomson Reuters Science Watch.com; and recipient of the Trotter Prize in “Information, Complexity and Inference”; and was the Lady Davis Visiting Professor, Hebrew University. Tour was named "Scientist of the Year" by R&D Magazine. He was awarded the George R. Brown Award for Superior Teaching, Rice University; won the ACS Nano Lectureship Award from the American Chemical Society; was the Lady Davis Visiting Professor, Hebrew University, and was elected Fellow of the American Association for the Advancement of Science (AAAS). Tour was ranked "One of the Top 10 chemists in the world over the past decade" by a Thomson Reuters citations per publication index survey, won the Distinguished Alumni Award, Purdue University, and the Houston Technology Center’s Nanotechnology Award. He won the Feynman Prize in Experimental Nanotechnology, the NASA Space Act Award for his development of carbon nanotube reinforced elastomers and the Arthur C. Cope Scholar Award from the American Chemical Society for his achievements in organic chemistry. Tour was the recipient of the George R. Brown Award for Superior Teaching. He also won the Small Times magazine’s Innovator of the Year Award, the Nanotech Briefs Nano 50 Innovator Award, the Alan Berman Research Publication Award, Department of the Navy, the Southern Chemist of the Year Award from the American Chemical Society and The Honda Innovation Award for Nanocars. Tour's paper on Nanocars was the most highly accessed journal article of all American Chemical Society articles, and was listed by LiveScience as the second most influential paper in all of science.   Dr. Tour has won other national awards including the National Science Foundation Presidential Young Investigator Award in Polymer Chemistry, and the Office of Naval Research Young Investigator Award in Polymer Chemistry.

The discoveries of the last 30 years are now insurmountable for the skeptical materialist. The only escape for an atheist or agnostic today is to suppress or reject the now painfully obvious truth.

What evidence is there for macroevolution?

And yet, the fact remains that there exists to this day not a shred of bona fide scientific evidence in support of the thesis that macroevolutionary transformations have ever occurred.”   ― Wolfgang Smith

Wolfgang Smith graduated at age 18 from Cornell University with a B.A. in mathematics, physics, and philosophy. He received a M.S. in theoretical physics at Purdue University. At Bell Aircraft Corp. he investigated the effect of a foreign gas on aerodynamic heating. His research was the key to solving the re-entry problem for space flight. He received his Ph.D.  in mathematics from Columbia University.  Dr. Wolfgang Smith has held positions at M.I.T., U.C.L.A., and Oregon State University.